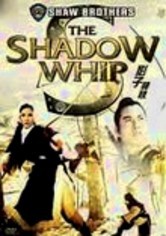 1971 NR 1h 18m DVD
It's bad enough when a master swordfighter (Pei-Pei Cheng) learns that her prized steel has been used all over town in a series of robberies and grisly murders. But when the authorities finger her as the prime suspect, she has no other choice but to fight back with furious vengeance. Wei Lo directs one of his last Shaw Brothers-produced martial arts gems with elaborate action sequences shot against stunning snow-covered landscapes.