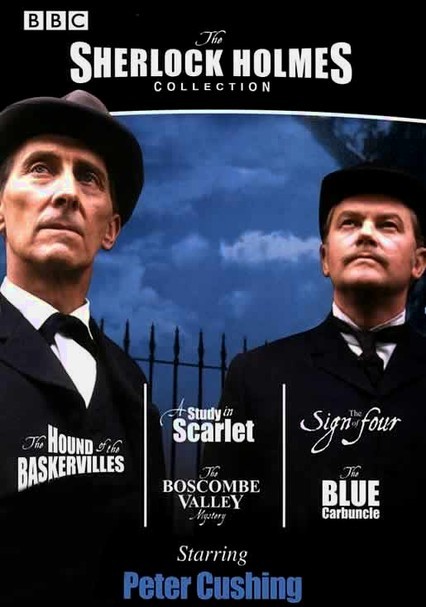 1968 NR 3 discs
These episodes from the BBC television series star Peter Cushing as keen-eyed sleuth Sherlock Holmes, who follows the subtlest clues to solve baffling mysteries in London and beyond, including a suspicious death at an estate in Dartmoor. With his trusty companion Watson (Nigel Stock), the detective of 221B Baker Street also investigates a jewel heist and helps a young woman discover the truth about her missing father.