The Shoes of the Fisherman 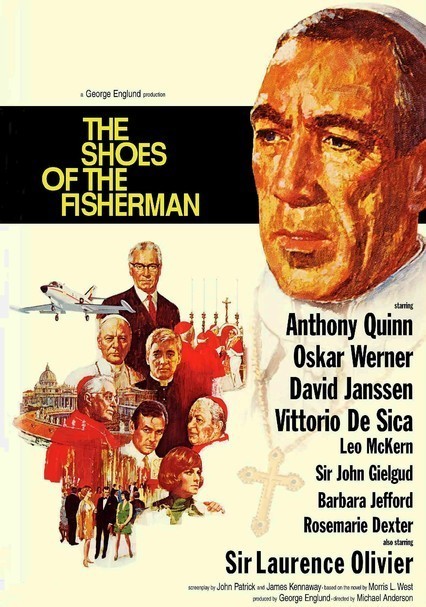 The Shoes of the Fisherman

1968 G 2h 42m DVD
A priest (Anthony Quinn, in an inspired performance) who's spent 20 years in a Siberian labor camp rises to become the first Russian pope in this passionate drama that garnered two Oscar nominations, a Golden Globe nod for Best Picture and a Golden Globe win for Best Original Score. Despite world crisis and the prospect of global nuclear war, the newly elected pope refuses to lose touch with the people. Laurence Olivier co-stars.