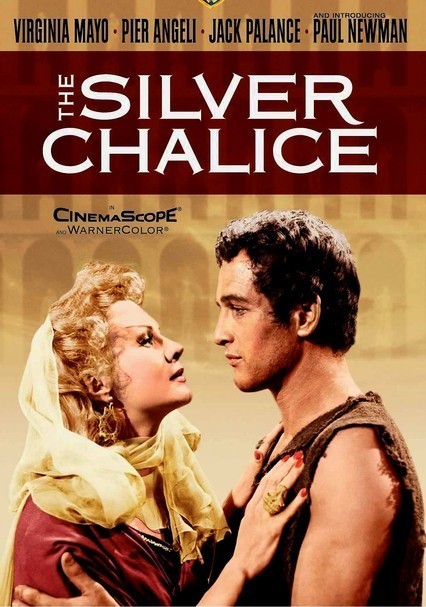 1954 NR 2h 14m DVD
After he's sold into slavery by his villainous uncle, Greek sculptor Basil (Paul Newman, in his big-screen debut) is forced to fashion a silver chalice intended to hold the cup Christ used during the Last Supper. Loosely based on Thomas B. Costain's novel of the same name, this costume epic also stars Jack Palance as Simon the Magician, Lorne Greene as Saint Peter and Virginia Mayo as the seductive Helena.