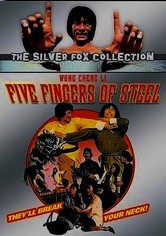 2005 NR 2h 0m DVD
It's a fight to the death of Korean martial artists when the Silver Fox unleashes his wrath in a battle against the villainous Chiu in this entertaining, chop-socky flick. Seems that the iniquitous Chiu -- who heads a corrupt martial-arts academy -- made the fatal mistake of killing the Silver Fox's esteemed former master, and that translates into a call to arms a nd legs!