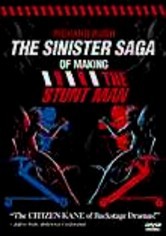 2000 NR 1h 54m DVD
In 1980, The Stunt Man, starring Peter O'Toole and Steve Railsback, became one of the most acclaimed motion pictures of the decade -- an odd mixture of black humor and riveting suspense. But the strange history of the film's embattled development, production and distribution has never been fully revealed ... until now.