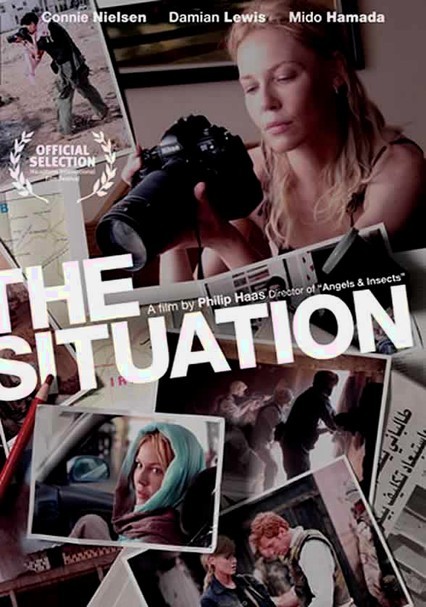 2006 R 1h 46m DVD
When American soldiers throw an Iraqi boy off a bridge, the resulting scandal polarizes the various forces in the war-ravaged nation. Meanwhile, American journalist Anna (Connie Nielsen) finds herself torn between CIA operative Dan (Damian Lewis) and Iraqi photographer Zaid (Mido Hamada), even as she puts herself in danger to cover the war. Journalist Wendell Steavenson scripted this absorbing drama based on her own experiences in Iraq.

Parents need to know that this drama about the war in Iraq probably won't have much appeal for most teens. Just as well, since it features mature themes, including the many mistakes (both intentional and unintentional) made by U.S. forces in Iraq. Violence includes explosions and shootings, plus U.S. troops treating two Iraqi youths badly (they toss them off a bridge). A couple has sex in a hotel room (brief scene, with just a little flesh visible); characters smoke cigarettes and drink. Lots of language, mostly "f--k."

Combat violence, including shooting, explosions, bloody injuries, and a drowning that leads to grieving and cover-up; a major character is killed (body plainly visible); frequent discussion of battle tactics, including training of Iraqis, kidnapping, and "blowing s--t up" held by a militia group; Anna appears bruised and disheveled.

Various factions in Iraq are corrupt, including U.S. intelligence, U.S. military, local administration, and local militias; characters deceive one another and angle for power; even those who mean well make serious mistakes due to ignorance.