The Smurfs and the Magic Flute 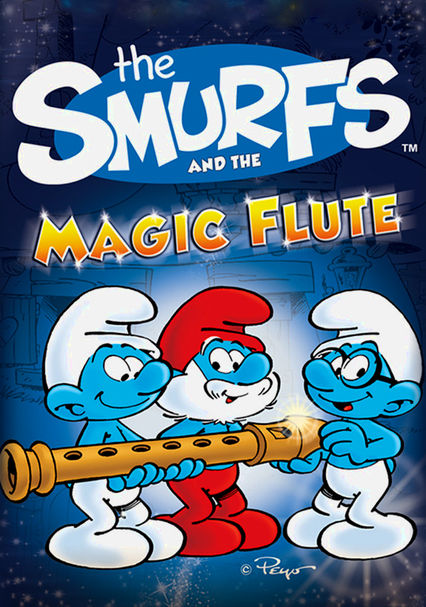 The Smurfs and the Magic Flute

1976 G 1h 14m DVD
After stealing a magic flute that causes uncontrollable dancing, the evil McCreep uses it to take the villagers' gold. Sent by the king to stop McCreep, Johan and Peewit enlist the help of the Smurfs, the tiny blue creatures who crafted the flute.

Parents need to know that although the famous blue gnomes have a title role in The Smurfs and the Magic Flute, they don't make an appearance until nearly halfway through the movie, which could be frustrating to young fans. The story uses the characters' actions to highlight positive choices and show the repercussions of negative behavior, letting you draw your kids' attention to the consequences of selfishness, haste, and short-sightedness, for instance. There's a seedy-looking villain and some playful violence (thumps to the head, slapping and hitting), plus the unremarkable presence of beer and wine in a few places, but none of this is worrisome for kids. This '70s cartoon moves at a notably slower pace than most modern kids' movies and shows do, but if kids can hang in there for the duration, it's a well-rounded, wholesome pick.

Brainy Smurf takes some knocks to the head from his peers when they don't appreciate his advice. There's some hitting and slapping, and William is bound and gagged in one scene. A character's life is verbally threatened, and there's a brief jousting match, but no one is hurt.

The movie reinforces positive lessons, and characters who stray from the straight and narrow find that their actions have unhappy consequences. There are also positive messages in the relationship between the humans and the Smurfs, since it's only through their collaboration that they're able to right the story's wrongs.

The Smurfs are the stars of their own long-lived TV series and an extensive product line that includes toys, games, clothing, and accessories.

William sips from a jug of wine, and adults drink what's assumed to be beer, but little attention is paid to the beverages' presence.