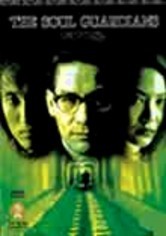 1998 NR 1h 35m DVD
Three religious paladins square off against a demonic force in this slick supernatural chiller trumpeted as one of Korea's best. Spawned after a satanic cult commits mass suicide in an effort to resurrect evil, Seung-Hie (Sang Mi Chu) grows up knowing nothing of her birth, but when she turns 20, she's inexplicably haunted by nightmarish visions and surrounded by death. Can the trio of guardians foil the fulfillment of the cultists' devilish plan?