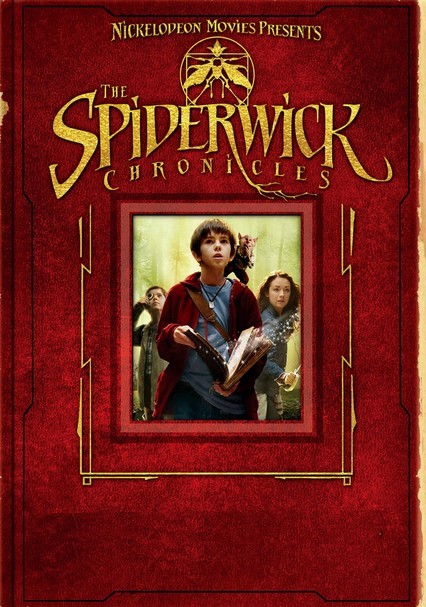 2008 PG 1h 41m Blu-ray / DVD
When city-raised twins Jared and Simon move to a tumbledown country mansion with their mother and sister, it's quite an adjustment -- especially after they uncover a magical and sometimes dangerous fantasy world.

Parents need to know that this fantasy adventure has been aggressively promoted on Nickelodeon (which helped produce the movie). But even without the heavy rotation of commercials and cereal tie-ins, fans of the best-selling book series will want to see this big-screen adaptation; expect kids as young as 5 to express interest. But the under-7 crowd might be scared by a couple of intense sequences involving the goblins, head ogre Mulgarath, and the Grace children, who do get hurt (with bloody scratches) in the action. Although the movie is connected to merchandising deals with a few products, there isn't that much product placement in the actual film besides Quaker Oats and honey in plastic-bear containers. There's also no age-inappropriate language or sexuality.

Mallory tells her brothers that their father has "found someone else" and is living with the woman.

Siblings bicker and call each other names ("stupid," "idiot"); Hogsqueal catches and eats birds of all sizes; the ogre Mulgarath shape-shifts from human to monster form. The goblins hurt all three kids, leaving bloody marks on their legs/bodies. The climactic battle scene is pretty intense/frightening.

Jared learns how to take responsibility for unlocking the fantasy world that puts his family in danger. He also realizes that he has to give his mother a chance and that it's not her fault her marriage fell apart. Mallory is a fearless fencer who can defend herself and her younger brothers. While many films dismiss or make fun of the elderly, this movie makes 86-year-old Aunt Lucinda instrumental in saving the Grace family.

Mom drives a Ford Explorer; the house is stocked with rows and rows of Quaker Oats and honey bears; the kids have New York Giants and Yankees memorabilia in their room.