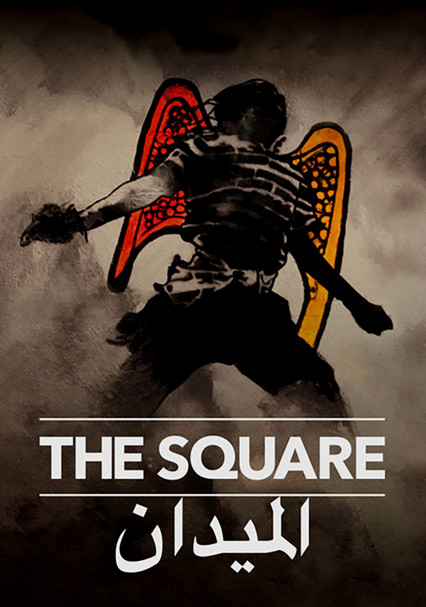 2013 TV-MA DVD
A 2014 Oscar nominee for Best Documentary Feature, this film chronicles the history-making revolution in Egypt -- starting in 2011 -- that captivated the world with scenes of courage and freedom in the face of violent opposition.

Rating
TV-MA - This program is specifically designed to be viewed by adults and therefore may be unsuitable for children under 17. -

Parents need to know that The Square is a 2014 Oscar-nominated documentary that places the viewer in the heat of the moment of the "Arab Spring" uprising in Egypt in 2011 and that it shows the continued struggles of the protestors as they try to bring democracy to their country. Camera phones and YouTube footage, as well as interviews with protestors, feature prominently in this movie, and, as such, there are frequent scenes of violent clashes between protestors and the police as well as the military. There are graphic images of beatings. Family members are shown mourning over the murdered bodies of loved ones. There's also frequent profanity, including "f--k." The documentary is an unflinching and sometimes gruesome documentation of the injuries, torture, and killing that went on during this time. For teens and parents, this film is an incredible testament to the power of modern technology -- smartphones, social media, YouTube -- to bring about long-overdue revolution, and it should inspire edifying discussion on how these protestors used these tools.

Filmed in the heat of the moment of violent antigovernment demonstrations in Tahrir Square in Cairo, Egypt, this film features numerous scenes of people rioting against the police and military. Protestors show scars they've received as the result of brutal torture. There are graphic images of beatings from police and military. Family members are shown mourning over the murdered bodies of loved ones. In one scene, a man killed during a violent protest is shown being dragged by the arm by a member of the military.

This film shows the power of committed idealism in the face of brutal government oppression.