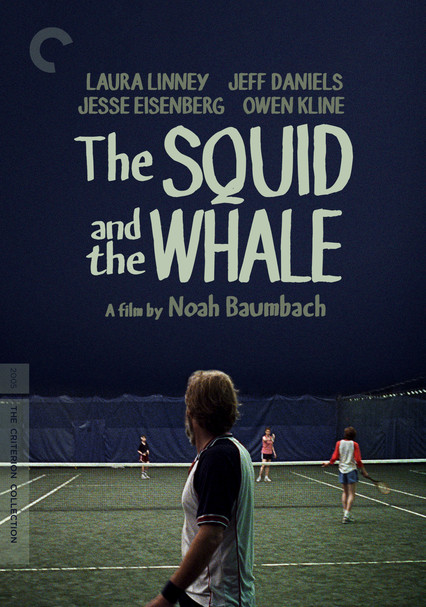 2005 R 1h 21m Blu-ray / DVD
This insightful indie drama looks at the crumbling marriage between a self-centered novelist -- whose career is waning -- and his up-and-coming writer wife. Meanwhile, the warring couple's two sons are caught in the cross fire.

Parents need to know that this is a film for mature viewers, dealing with difficult emotional and moral themes. The family members are hurtful to one another, by deceit, betrayal, quarreling, and spitefulness. Characters smoke occasionally and drink frequently (an underage child drinks beer); one character vomits in a toilet. Most of the sexual content is narrated, as characters describe personal histories and desires, often with graphic language (slang for genitals, frequent uses of the f-word). Some characters engage in sexual activity (a college student kisses her teacher, young couple kisses, mom has affair with tennis pro, a shot from Blue Velvet shows breasts, a young boy masturbates on library books, wipes his semen on a locker, tries on a condom). Some minor violence, including brothers fighting, a wife slapping her estranged husband, an accidental bloody nose.

Parents are cruel to one another.

Frequent drinking and some smoking.