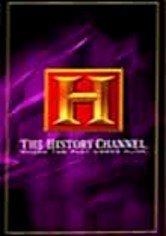 2004 NR 0h 50m DVD
This documentary tells the epic story of the War of 1812, particularly the siege of Fort McHenry in Baltimore. Historians and scholars reveal how, had the fort fallen, the consequences of the siege might've been disastrous. (The British had already taken the White House and burned the capital.) Discover how the victory inspired Francis Scott Key to pen a patriotic poem in tribute to the giant flag that proudly waved during a 25-hour bombardment.