The Story of the London Underground 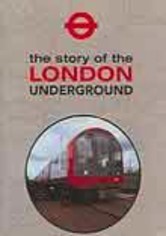 The Story of the London Underground

2006 NR 1h 0m DVD
Explore the history of the world's first underground railway through interviews with experts and archival film footage in this riveting documentary. Opened in 1863 to help solve the city's traffic problems, London's Underground converted from steam to electricity in 1907. Expansion in the 1920s and '30s correlated with the spread of the suburbs, and continued growth led to the system that now carries more than 2.5 million passengers daily.