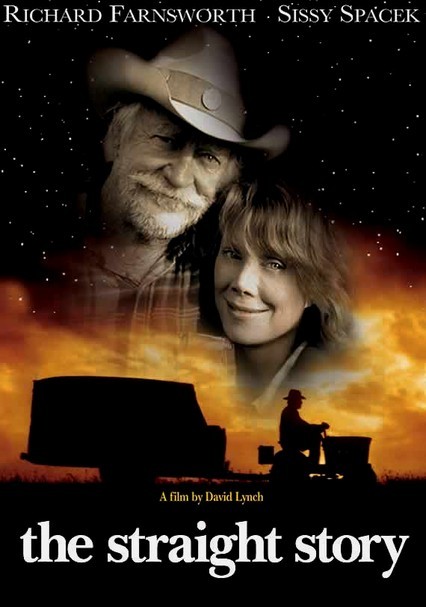 1999 G 1h 51m DVD
When his brother, Lyle (Harry Dean Stanton), falls ill, Iowa farmer Alvin Straight (Oscar nominee Richard Farnsworth) pledges to go to Lyle's side -- despite being unable to drive -- armed with a riding lawnmower for transportation, a tent and unshakable determination. Leaving his mentally challenged daughter (Sissy Spacek) at home, Alvin sets out to cover the 300 miles to his brother's house in a weeks-long journey of healing and remembrance.

Parents need to know that this movie has no four-letter words or nudity, and there is nothing in the movie that is likely to cause offense or trauma. Still, it is not for most younger kids, who will be bored and restless.

Most characters smoke, reference to past alcohol abuse.