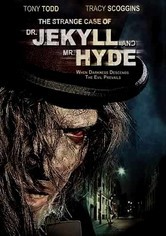 2006 R 1h 19m DVD
Written and directed by John Carl Buechler, this updated version of the novella by Robert Louis Stevenson examines the duality between scientist Henry Jekyll. When two police detectives begin investigating a string of murders, the clues lead them to Jekyll's assistant, Hyde, who never seems to be around when Jekyll is.