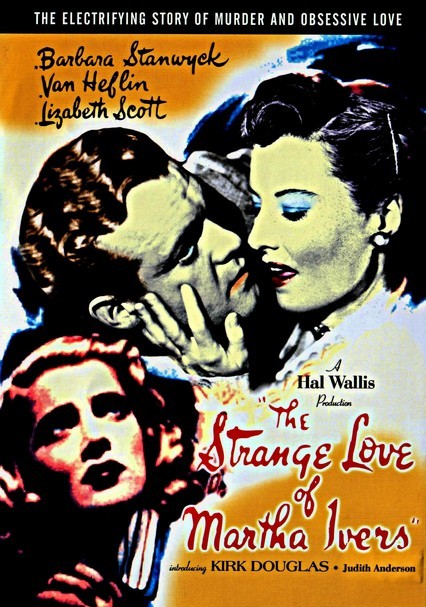 1946 NR 1h 56m DVD
After nearly two decades away, Sam Masterson (Van Heflin) returns to his hometown, sending its preeminent couple -- Martha Ivers (Barbara Stanwyck) and her spouse, Walter O'Neil (Kirk Douglas, in his film debut) -- into a tizzy. It seems that 18 years ago, Sam may have witnessed the untimely death of Martha's ironhanded aunt (Judith Anderson). Alarmed that Sam will divulge what he knows, the predatory Martha starts scheming against him.