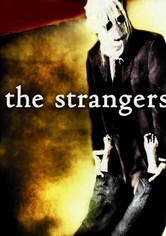 2008 UR 1h 26m Blu-ray / DVD
In this heart-pounding thriller, a young suburban couple welcomes the peace and quiet of a secluded family vacation home -- that is, until three masked invaders make them realize just how dangerous isolation can be.

Parents need to know that plenty of blood is spilled in this grisly, tense, very scary horror movie. Characters are stabbed, beaten, and shot, often very graphically. That said, unlike many others in the horror genre, the film doesn't sexualize its terror, and the characters in peril aren't just sacrificial lambs -- the filmmakers make you care about them. Some teens who aren't necessarily gung-ho horror fans may be drawn in by stars Liv Tyler and Scott Speedman -- but even though the film is well-made and, by the standards of the genre, "tasteful," there's still plenty of shocking violence and high-strung tension (not to mention some swearing, drinking, and smoking), making it better suited for older viewers with strong nerves.

Characters kiss, with the suggestion that they're about to have sex (underthings are removed, pants unbuckled) ... before other events intrude on the mood.

Beatings, stabbings, and shootings, with plenty of suspense building up to each violent act. Each act is shown in full, along with the grim aftermath. Extensive physical peril, copious amounts of blood, brief-yet-graphic shots of grievously wounded and dead bodies. People are beaten senseless then dragged; characters are shown with wounds and injuries; characters are repeatedly stabbed onscreen while tied and helpless.

Language includes a few non-sexual uses of "f--k," plus "bitch" and "sucks."

Villains terrorize their victims randomly, just because they're there.