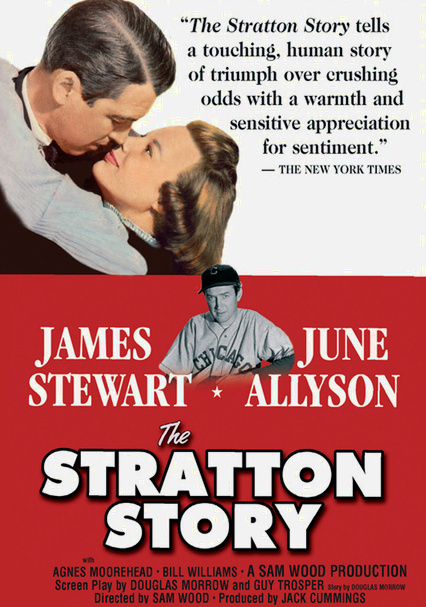 1949 NR 1h 42m DVD
Based on a true story, this inspirational sports drama centers on Chicago White Sox pitcher Monty Stratton (Jimmy Stewart), whose career came to an abrupt and premature end when a hunting accident in 1938 forced doctors to amputate his right leg. With a peg leg and the encouragement of his wife (June Allyson), Stratton made a successful comeback in 1946, pitching in the minor leagues well into the 1950s. The film won an Oscar for Best Screenplay.