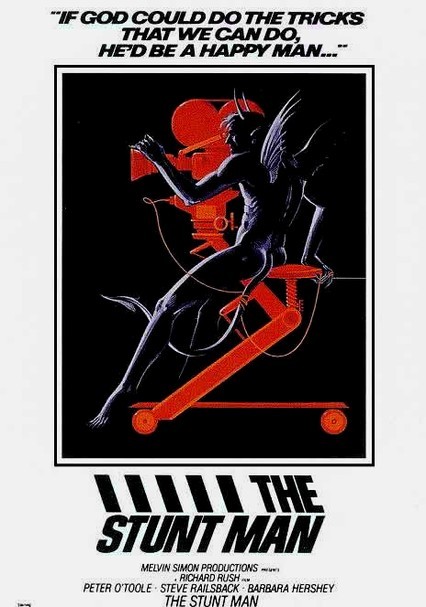 1980 R 2h 10m DVD
Vietnam veteran Cameron (Steve Railsback) is on the run from the police when he stumbles onto the set of a war movie directed by megalomaniac Eli Cross (Peter O'Toole) and is forced to replace a dead stunt man. The job gives Cameron a good cover, but he must keep his wits about him as he balances the dangers of stunt work with his strong attraction to the film's self-absorbed leading lady (Barbara Hershey).