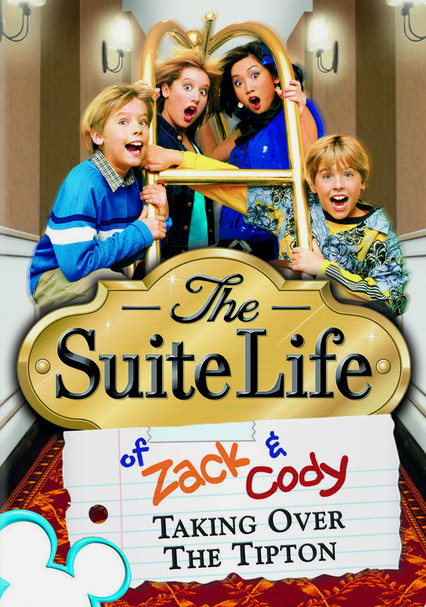 2005 TV-G 1h 30m DVD
Join 12-year-old identical twins Zack and Cody (Dylan Sprouse and Cole Sprouse) for mischief galore in this quartet of episodes from their Disney Channel comedy series. When their mother lands a singing gig at the Tipton Hotel, the boys treat it like their personal playground -- much to the dismay of the Boston hotel's manager, Mr. Moseby (Phill Lewis). Ashley Tisdale is the gift-shop clerk who foils the twosome's shenanigans.

Parents need to know Zack and Cody can be pretty rowdy and scheming at times, although they generally come clean and try to redeem themselves in the end.

Some dating and quite a bit of kissing.

Roughhousing between the brothers. Some pushing and hitting among girls and boys. Also, some physical altercations during two otherwise comical purse-snatching scenes. A young girl demonstrates her martial arts skills.

No cursing, but phrases like "hot babe" and "darn you to heck." A tween boy almost says "ass" but is stopped and encouraged to use "derriere."

A teenage girl, seemingly modeled after Paris Hilton, is a spoiled shopaholic whose largely absent father buys her a jet as a gift. Other characters seem preoccupied with money and material things at various times.