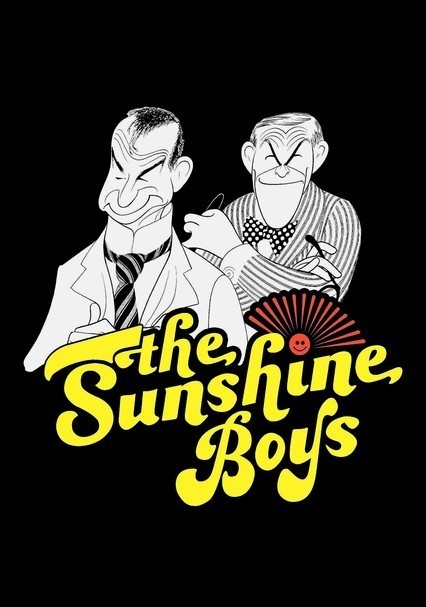 1975 PG 1h 51m DVD
Think The Odd Couple for the octogenarian set. Walter Matthau and George Burns have never been better (or more cantankerous) as two faded vaudeville legends -- Lewis and Clark -- who reteam for a television special about the history of comedy. Trouble is, the two geezers can't stand each other. Matthau and Burns are wonderful to watch in this vintage comedy penned by Neil Simon and directed by Herbert Ross.

Parents need to know that The Sunshine Boys is another "buddy" (or "anti-buddy") comedy from writer Neil Simon. Two elderly ex-vaudevillians trade jokes and insults and reflect upon their 43-year partnership as entertainers, not all of it happy. There is a great deal of physical humor, including lengthy scenes in which two true comic geniuses (Walter Matthau and George Burns, who won a Supporting Actor Academy Award for his performance) silently engage in hilarious one-upmanship. One sequence is a replay of a farcical vaudeville sketch in which a doctor leers at a buxom nurse while trying to seduce her. Cursing ("bastard," "s--t," "hell") and insults ("lunatic," "putz," "idiot") are heard throughout. Although often said in anger, the language is meant to be ludicrously out of line and funny. In one briefly suspenseful scene, one of the leads has an on-camera heart attack and trips down some stairs but recovers. Tweens and teens who aren't really old enough to pick up on the references to vaudeville, early television, and the world of agents and auditions will still see the laugh-out-loud humor in the old boys' relationship and the frequent clowning.

A very funny vaudeville sketch about a doctor and his buxom nurse is included. The skit contains comic ogling, innuendo, and a healthy supply of "large breast" jokes. The nurse wears a very low-cut uniform and wiggles her derriere as she enters and exits.

The incorrigible senior at the heart of this movie hits his adult nephew once and threatens him with a knife. He suffers a heart attack and falls down a few stairs. No injuries or deaths.

Smoking is referred to as "not allowed." A character chews on a cigar.