The Swan Princess and the Secret of the Castle 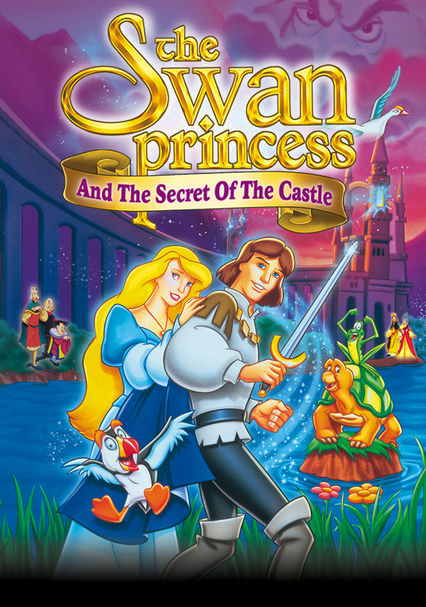 The Swan Princess and the Secret of the Castle

1997 G 1h 11m DVD
Just as Princess Odette and Prince Derek prepare to celebrate a year of happy marriage, odious villain Clavius launches an attack to get his hands on a mystical orb that will allow him to rule the world. Can Odette's special talent spoil his plans?

Parents need to know that this sequel has more cartoon action and violence than the original Swan Princess. There are explosions, threatening fires, spooky music, crocodiles with gnashing teeth, several falls from a mountain top, an episode in which the hero appears to be sucked into quicksand, a scary wolf chasing the heroes, a landslide crashing down upon the prince, and more. It should also be noted that the emphasis is on the fun of the chase and the derring-do of the characters rather than the effects of all the violence. There is no blood; no one dies on screen; and, though a very lovable frog is unconscious for a period of time, none of the heroes is seriously injured. The two villains, however, plunge from a cliff and are never seen again.

Classic good triumphs over evil. Prince Derek, the hero, learns a valuable lesson about what is truly important in life. Loyalty, courage, and unselfishness defeat greed, meanness, and a thirst for power.