The Sword of Tipu Sultan 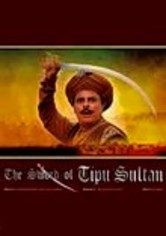 The Sword of Tipu Sultan

2006 NR 12 discs
Sanjay Khan helms and stars in this epic 12-part Indian television serial based on the life of Tipu Sultan, a former ruler of India who played a key role in battling British colonialism during the Second Mysore War (1780-84), only to be defeated in subsequent contests. Anant Mahadevan, Malavika, Tiwari, Satyen Kappu, Majeela Begum, Deepika, Sudhir Pandey and Shahbaaz Khan round out the ensemble cast.