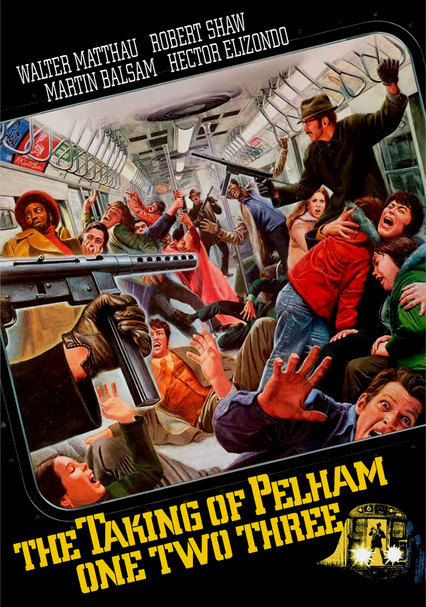 1974 R 2h 4m DVD
Deep in the bowels of New York City, a gang of men led by "Mr. Blue" (Robert Shaw) hijacks a subway car and radios the transit authority with a demand: Deliver $1 million in cash in the next hour, or they'll shoot one passenger each minute. Now, it's up to Lt. Zachary Garber (Walter Matthau) to keep a cool head, secure the money and deliver the ransom before time runs out. Martin Balsam, Hector Elizondo and Earl Hindman round out Mr. Blue's crew.