The Tale of Tillie's Dragon 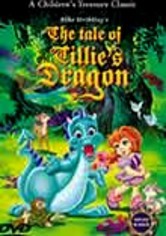 The Tale of Tillie's Dragon

1995 NR 0h 50m DVD
In this timeless fairy tale, freckle-faced Tillie lives in a castle with her uncle, who's determined to slay a dragon. Along comes Herman, a cuddly dragon who needs a friend. Tillie adopts Herman, but the townspeople are terrified of their new fire-breathing neighbor and insist that Tillie's uncle slay Herman. But just as Tillie is trying to convince her uncle to spare her new friend, the town's mayor shows up with some surprising news.