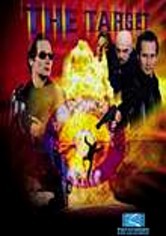 1997 NR 1h 35m DVD
In this French comedy, Chris is a young navy serviceman desperate to find a girl he met and fell in love with just a few days ago. When he tries to enlist the aid of a TV-show celebrity to help him track down his lost love, Chris becomes mistakenly targeted by the police and the media as the terrorist accused of attacking Paris that same day. This escalates into a madcap adventure of mistaken identities, wrong turns, romance and chaos.