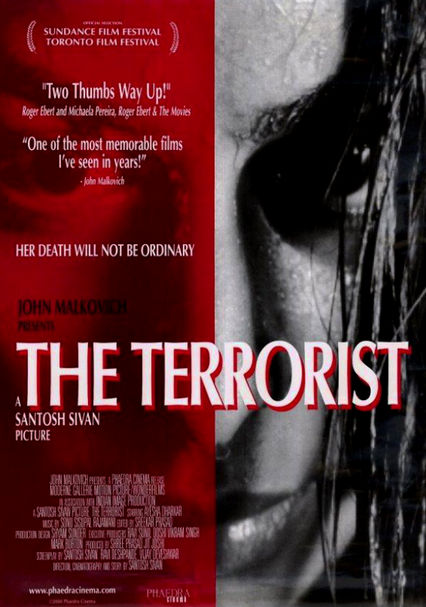 1999 NR 1h 40m DVD
This chilling Indian espionage drama revolves around Mali, a Sri Lankan woman sworn to avenge the killing of her brother by government forces. Mali is recruited for a suicide-assassination mission but begins to falter as the fatal hour draws near. She finds herself having second thoughts, questioning her motives and those of her commanders. The film attempts to get into the mind of the suicide bomber, which puts it a few years ahead of its time.