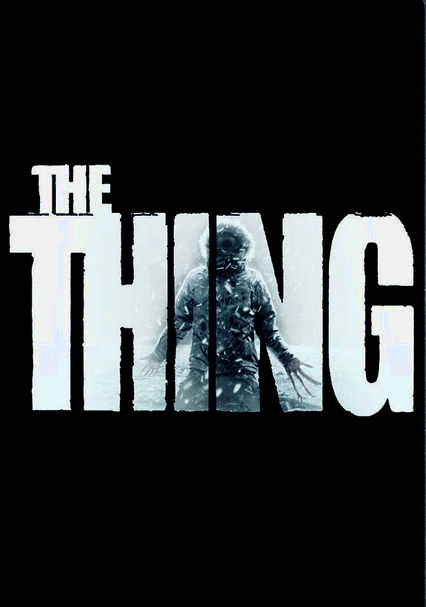 2011 R 1h 43m Blu-ray / DVD
This terrifying prequel to John Carpenter's 1982 classic of the same name tells the story of a team of Norwegian scientists who find an alien ship frozen in Antarctica. When the organism inside awakens, blood flows across the frozen landscape.

Parents need to know that The Thing -- which takes place slightly before the events of 1982's The Thing and includes some of the same events as the original 1951 movie The Thing from Another World -- has lots of strong, gory visual effects with terrifying mutations between humans and aliens. Humans' faces suddenly split apart, with teeth and tendrils bursting from within, and there's lots of shooting and even a gooey alien autopsy. Language is strong (including "f--k" and "s--t") but not constant. Sex scenes aren't an issue, but one character does tell a very dirty sex joke involving a young boy.

No sex, nudity, or sexual situations, but the movie starts with a character telling very filthy joke involving a young boy and sex.

Very strong, gory special effects. Since the monster is able to copy humans, viewers see characters' faces and bodies ripping apart in odd directions, with teeth and tendrils bursting from within. There are terrifying mutations of human and beast (one with two upside-down heads stuck together). Also, humans shoot everything that moves with guns and flamethrowers. Lots of blood on display, as well as charred ruins of alien bodies and even a gory, gooey alien autopsy scene.

The characters suddenly mistrust one another and are willing to take drastic steps -- i.e. commit murder -- at even the faintest suspicion. Despite their close quarters, there's generally a lack of community among them.

The adult characters celebrate by drinking beer and liquor after first finding the creature.