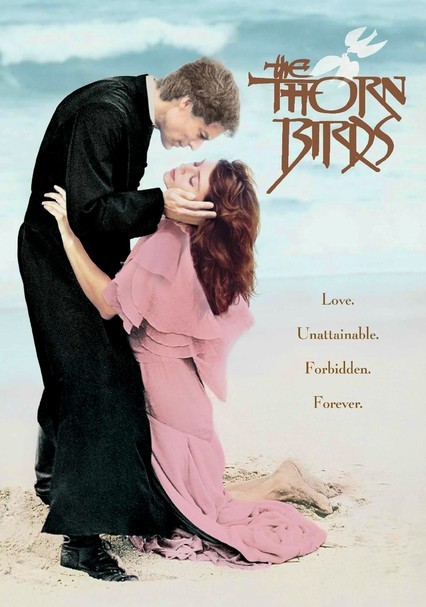 1983 NR 2 discs
Director Daryl Duke's controversial TV miniseries was nominated for 10 Emmy Awards (winning five) amid heated discussion of the storyline, the drama of an intimate friendship between a priest (Richard Chamberlain) and one of his best friends, the very married Meggie (Rachel Ward). While both chose separate paths in life, their friendship sparks passions that could destroy the lives of those around them -- and maybe even their own.