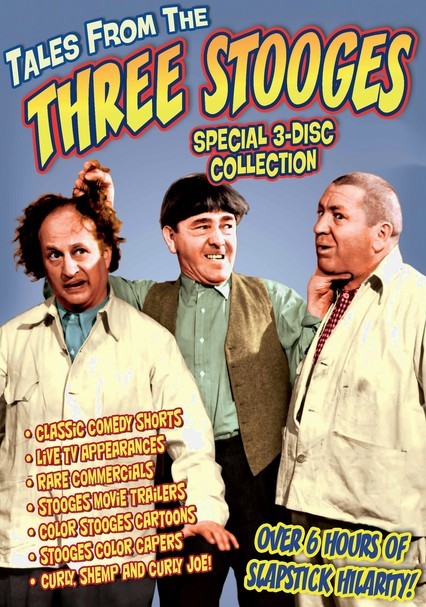 1947 NR 5h 20m DVD
Slapstick icons Moe, Larry and Curly show off their comedic chops in seven short films, including "Sing a Song of Six Pants" and "Brideless Groom," as well as numerous trailers, a television ad and an appearance on "The Frank Sinatra Show." The funnymen are also seen in hilarious clips from "The Ed Wynn Show," in which Ed approaches three CBS network execs (played by The Three Stooges) seeking help to improve his program.