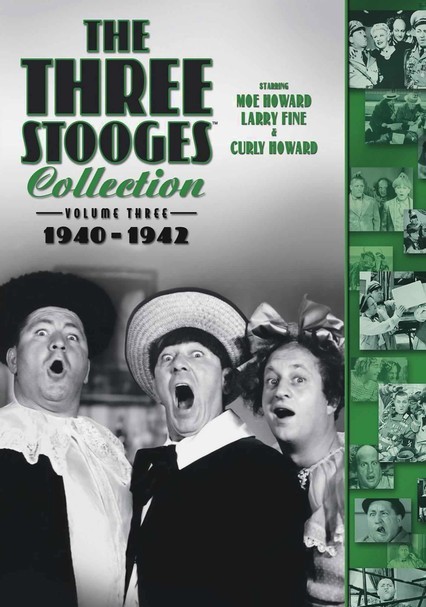 1940 NR 2 discs
Experience the golden age of the Three Stooges with these 23 hilarious short films that find comedy masters Larry, Moe and Curly dressing up as little girls, pretending to be refugee children and even trying to get thrown into prison. Among the shorts are the political comedies "You Natzy Spy!" and "I'll Never Heil Again," in which the hapless half-wits brilliantly mock the Third Reich and the Axis powers of World War II.