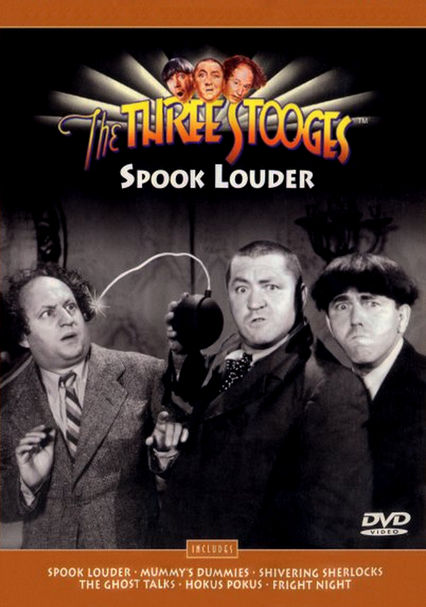 1943 NR 1h 44m DVD
The trio of crazies is at their slapstick best in this compilation of six Stooges short films. In the title flick, Curly, Larry and Moe get hired as house sitters for an oddball inventor and have to contend with spies decked out in monster garb as well as a stealth pie thrower. Other titles included are Mummy's Dummies, Shivering Sherlocks, The Ghost Talks, Hokus Pokus and Fright Night (with Shemp premiering as a Stooge).