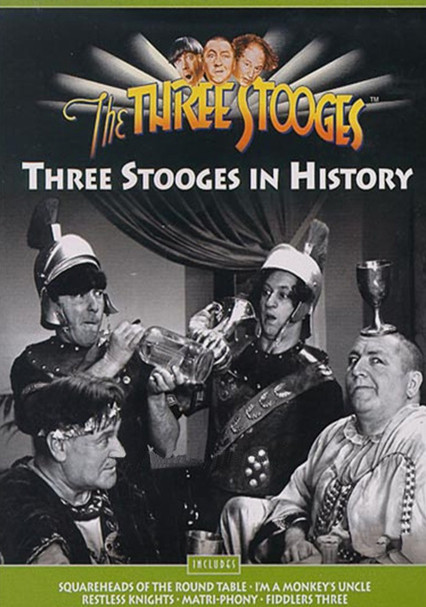 1935 NR 1h 25m DVD
Nobody cracks up a room lickety-split like Larry, Curly and Moe. In this "Three Stooges" retrospective, the hilarious trio traipses through history with their signature comedic flair in these short films. Selected from the 190 shorts they made between 1934 and 1959, the films highlighted are "Matri-Phony," "Squareheads of the Round Table," "Restless Nights," "I'm a Monkey's Uncle" and "Fiddlers Three."