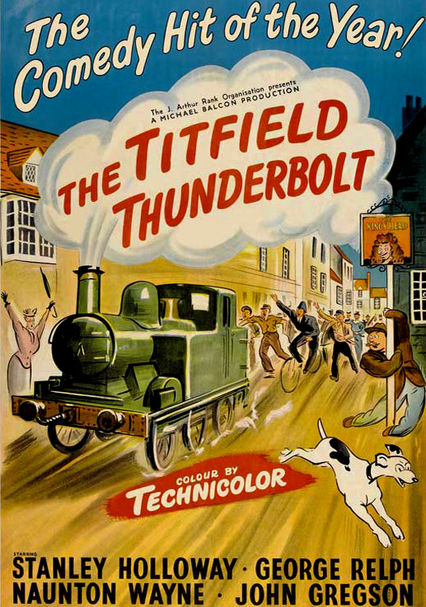 1953 NR 1h 24m DVD
Released by Ealing Studios after World War II, director Charles Crichton's rib tickler captures the "take charge" spirit of many Brits. When British Railways announces the closure of the Titfield line, citizens try to run it themselves -- but the local bus company is out to shut down the competition. With money and pride at stake, the battle lines are drawn in this boisterous comedy starring Stanley Holloway, George Relph and Naunton Wayne.