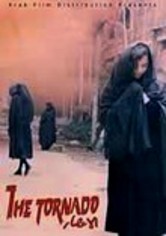 1992 NR 1h 30m DVD
This meditative examination of the Lebanese civil war follows a young man who returns home to Beirut from studying art in the Soviet Union and, despite his initial revulsion, becomes embroiled in the conflict. Director Samir Habchi received the cooperation of the Lebanese government to shoot on location in 1992, but the often surreal film, with its powerful condemnation of the folly of war, was later banned in several Arab countries.