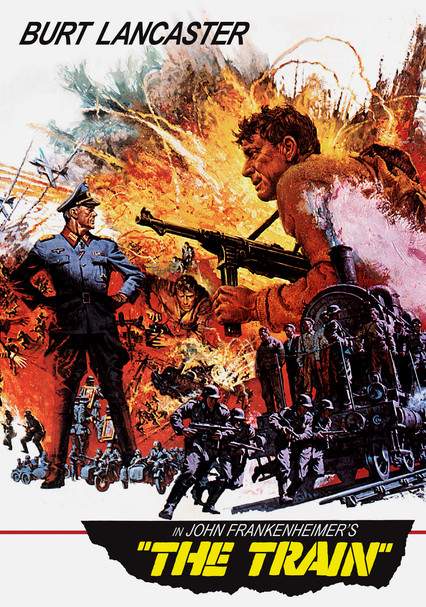 1965 NR 2h 13m DVD
During World War II, a French train engineer (Burt Lancaster) attempts to stop a Nazi-led train from leaving France with valuable works of art stolen from a museum. Lancaster performs all of his own stunts in this action-filled drama from influential director John Frankenheimer (Birdman of Alcatraz, The Manchurian Candidate). Franklin Coen and Frank Davis received Oscar nominations for the film's original screenplay.