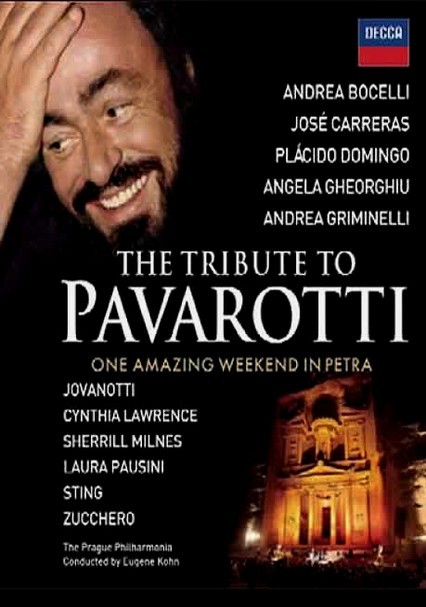 2008 NR 2h 6m Blu-ray / DVD
Boasting appearances by some of the biggest names in pop, opera and classical music, this star-laden tribute concert is a fitting testament to the amount of respect and adoration the music world has for legendary tenor Luciano Pavarotti. Featuring the acclaimed Prague Philharmonia under the baton of Eugene Kohn, this spectacular event features the likes of Plácido Domingo, Andrea Bocelli, Sting and José Carreras, among others.