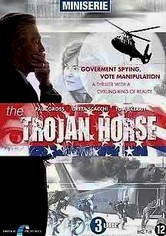 2008 R 3h 0m DVD
After Canada becomes part of the United States, former Prime Minister Tom McLaughlin (Paul Gross) hatches a plan to run for president. Backed by several European nations, Tom teams up with his billionaire ex-wife (Martha Burns) to vie for control of the country. While Tom attempts to unseat incumbent President Stanfield (Tom Skerritt), a British reporter (Greta Scacchi) following the story is drawn into a world of corruption and murder.