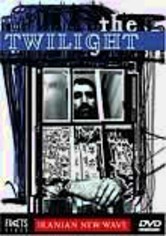 2002 NR 1h 23m DVD
Mohammad Rosoulof's evocative film reveals the goings-on in an Iranian prison, one in which real inmates have been recruited to participate in the telling of a story about a warden who sets a series of change in motion when he allows a male and female prisoner to marry. When their once-a-week togetherness produces a child and, ultimately, a family, they're met with the harsh reality of life on the outside.