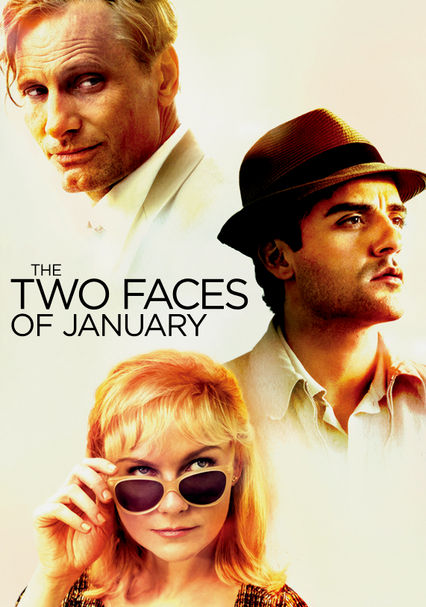 2014 PG-13 1h 37m Blu-ray / DVD
A young American working as a tour guide and part-time con artist in Greece finds himself caught in a dangerous arrangement when a wealthy couple invites him to dinner at their hotel -- and an accident forces them to flee the scene together.

Parents need to know that The Two Faces of January is a stylish thriller set in Greece and Turkey in the early 1960s. Based on a novel by Patricia Highsmith (who also wrote The Talented Mr. Ripley), the story revolves around a married couple and a young American guide they meet; none of the three main characters is who they seem. Expect a good deal of drinking; one of the men is an ugly drunk who gets jealous and violent when he's had too much. There's also occasional swearing (including "s--t" and "f--k"), an undercurrent of sexual tension among the characters, and lots and lots of era-accurate smoking.

No simulated sex; one brief scene shows a woman changing clothes, seen from behind. There's a strong undercurrent of sexual tension among the three main characters, a married couple and a single man who clearly covets the wife. Her husband isn't oblivious, and his jealousy sometimes drives his wife away.

A few scenes include sudden, unexpected violence. A fist fight becomes a deadly encounter, and an argument between a husband and wife takes a surprising and tragic twist.

Lies have a way of catching up with people -- and the more lies they tell, the more they come back to haunt them.

The two male leads smoke cigarettes heavily, in almost every scene (accurate for the era). They also drink often, and one gets quite drunk on multiple occasions, triggering bouts of anger and jealousy.