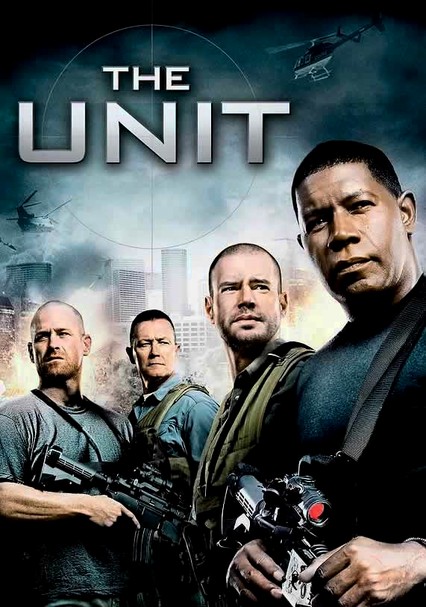 2006 TV-14 4 seasons
While Sgt. Maj. Jonas Blane and the Delta Force covert operations unit travel the world tackling the most dangerous assignments, their stalwart spouses and families remain on the home front to juggle the dramas caused by living such secretive lives.

This gripping drama series follows an elite special forces unit charged with carrying out top secret military operations for the U.S. government. Of course, living a life with so many secrets creates problems for the families of the unit members.

In Season 2 of this series that chronicles the trials of Special Forces soldiers and their families, the squad travels to Pakistan to help an undercover operative who's on a mission to thwart terrorists.

Season 3 finds the covert Special Forces team known as the Unit facing annihilation from a mysterious source. Leader Jonas tries to keep his team together while working to uncover the identity of the deadly assassin.

In this riveting drama series' final season, the dangerous missions continue for Col. Tom Ryan's covert Special Forces crew as they carry out hush-hush military operations that keep their devoted wives on tenterhooks back home.

Parents need to know that in addition to the violence inherent in its military action sequences, this unexciting series deals with adult themes of adultery, domestic violence, drinking, and miscarriage. Women and men hold stereotypical roles, and children are mostly seen but not heard. Terrorists, at least early in the first season, are Muslim only.

Passionate kissing, couples in bed together, adultery, some sexual language.

Some adult language. "Sorry's what you tell your girlfriend when you finish too quick."

The main characters are good guys, fighting for justice with good intentions. One main character is rough and has a history of domestic violence. Gender stereotypes are inherent to the storyline. Terrorists, so far, are exclusively Muslim. One recurring character is in wheelchair.

All of the main characters drink alcohol. Drinking is portrayed as a method for being oneself or relieving stress.