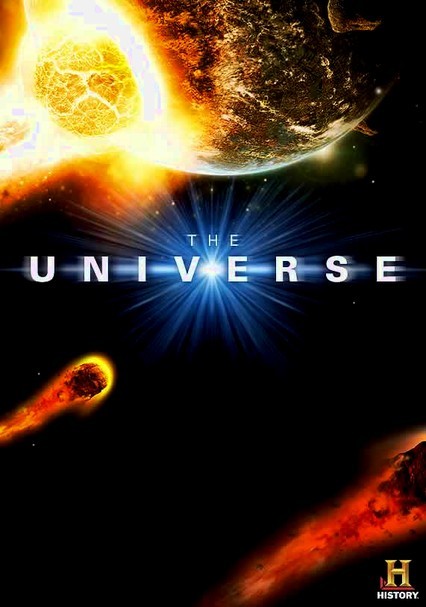 2007 TV-PG 6 seasons
Discover the secrets of the universe in this groundbreaking documentary series that pairs animation with fascinating insights on distant planets, asteroids, black holes and other celestial marvels.

Travel through the galaxies and explore extraterrestrial phenomena with this documentary series that offers a sweeping examination of the universe. State-of-the-art computer technology takes viewers up close to distant planets and stars.

Journey into the final frontier with this season of the captivating documentary series. Worlds and galaxies spring to life via cutting-edge computer-generated imagery. Included are episodes about dark matter, space travel, the Milky Way and more.

The final frontier continues to beckon in the third season of this science series that fuses astronomy and history as it attempts to explain the mysteries of the universe through computer re-creations, animations and interviews with scientists.

The popular science series is back for another season of otherworldly thrills as astronomers explain the mysteries of the universe, brought to life by dazzling computer-generated graphics that send viewers on a wild ride through outer space.

Through interviews with experts and computer-generated animations, the fifth season of this fascinating science series tackles more astronomical mysteries, such as the possibility of life on Mars and the dark future of the sun.

Season 6 of "The Universe" takes viewers further than ever, to the extreme edges of our solar system where chaos and catastrophe bring epic drama to the planets, including some of the most horrifying days on Earth.

Parents need to know that some episodes of this fascinating, well-made educational series include brief footage of natural disasters (such as San Francisco's 1989 earthquake) when addressing how other planetary bodies interact with Earth. Some language tends toward the dramatic -- like describing the sun as "violent" -- which might worry very young or sensitive viewers. Issues like global warming and other environmental issues also come up occasionally, the implications of which could frighten some young kids.

The word "hell" (referring to a place) can be heard occasionally.

Teaches about the vast reaches of the universe. Somewhat U.S.-centric. Global warming and other environmental issues are discussed.