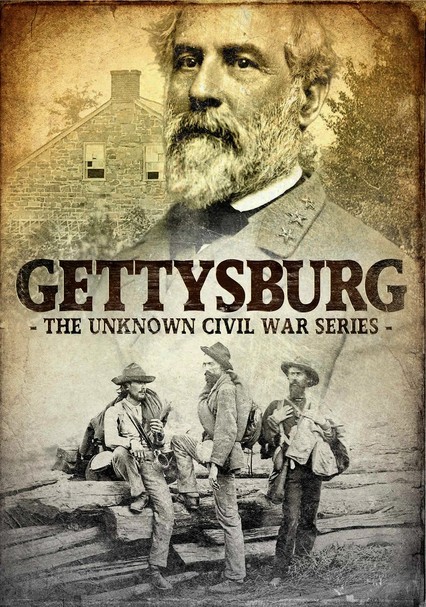 1999 NR 3 discs
The pivotal conflict at Gettysburg remains the deadliest battle ever fought on U.S. soil. This documentary series recounts how a calculated gamble by Confederate Gen. Robert E. Lee pitted him against Union forces led by Gen. George Meade. Each of three episodes covers a day in the three-day struggle via reenactments, photographs and commentary by Civil War historians; a fourth segment contains a roundtable discussion of the confrontation.