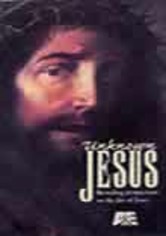 1999 NR 1h 40m DVD
A&E's long-running "Ancient Mysteries" series dares to investigate the phenomenon of Jesus Christ. Who was he, and what was he like? Most importantly, did he really exist? Using history as a base, the filmmakers examine whether the facts, as they see them, support believers' assertion that Jesus walked the Earth. The inquiry begins with the name Christ (from the Greek word for savior) and considers evidence from leading scholars as well as ancient texts.