The Very Best of GLOW: Gorgeous Ladies of Wrestling: Vol. 4 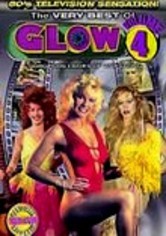 The Very Best of GLOW: Gorgeous Ladies of Wrestling: Vol. 4

2007 NR 1h 30m DVD
The Gorgeous Ladies of Wrestling light up the screen on and off the mat in this collection of the best-loved episodes of all time. Volume 4 includes three sexy matches and a thrilling GLOW-on-GLOW Street Fight, plus dozens of hilarious comedy skits. Sketches include "MTV's GLOW Connection" and "GLOW House Arrest"; matches include Justice vs. Big Bad Mama, Vicky Victory vs. Daisy, and Cheyenne Cher & Vicky Victory vs. Beastie & Habana.