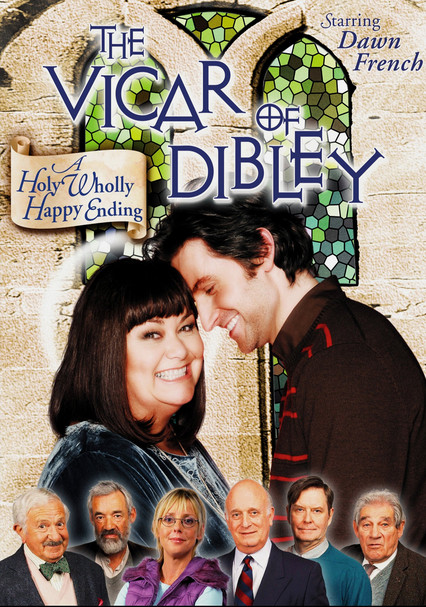 2006 NR 2h 0m DVD
Laughter and love rule as Geraldine "Gerry" Granger finds the man of her dreams in this special two-episode collection from the popular BBC comedy starring Dawn French as the titular clergywoman. In "The Handsome Stranger," Gerry opposes the invasion of Dibley by townies -- until she meets Harry (Richard Armitage). And in "The Vicar in White," Gerry and Harry's wedding, as planned by the eccentric townspeople, promises to be a unique affair.