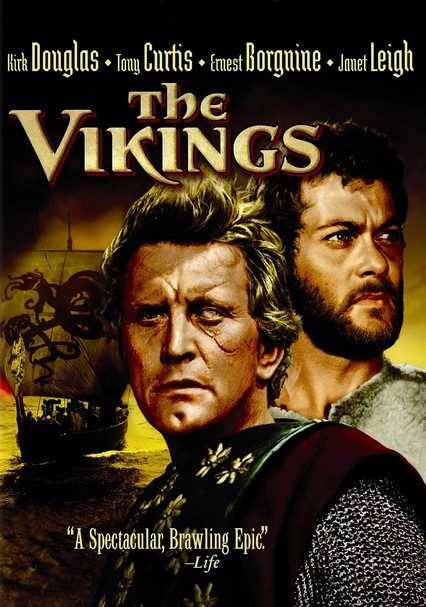 1958 NR 1h 56m DVD
One of the largest-grossing films of the 1950s, The Vikings is slam-bang action from start to finish, with Kirk Douglas and Ernest Borgnine as a couple of Norsemen who rape and pillage the British countryside. Tony Curtis is their slave who has eyes for the beautiful British princess Morgana (Curtis's real-life wife, Janet Leigh) -- and the feeling's mutual. Odinnnn!