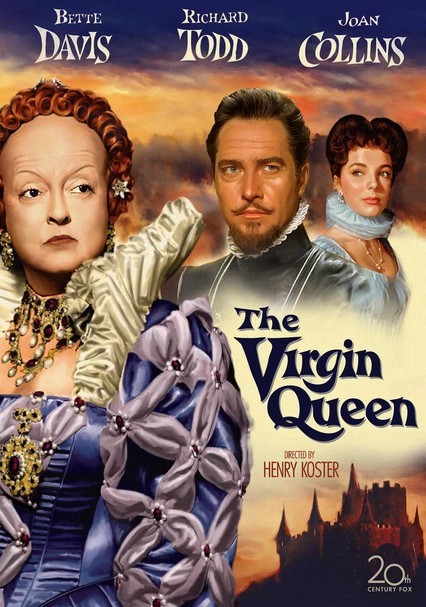 1955 NR 1h 32m DVD
Lavish production values highlight this costume drama about Queen Elizabeth I (Bette Davis) and adventurer Sir Walter Raleigh (Richard Todd). Raleigh uses his charms to persuade the queen to fund an expedition to the New World, but romantic entanglements ensue when he falls for her beautiful lady-in-waiting (Joan Collins). Dan O'Herlihy and Herbert Marshall co-star in this swashbuckling classic, the second film to feature Davis as the monarch.