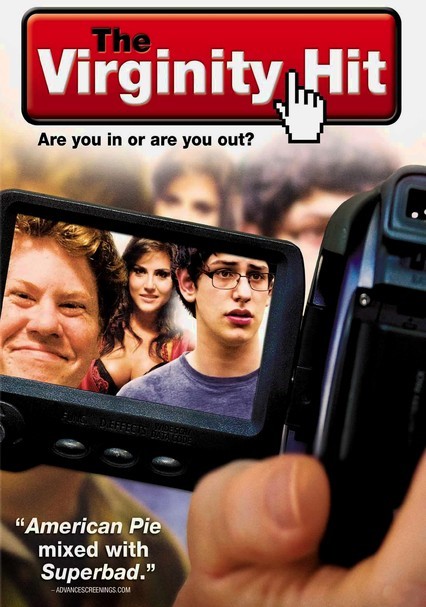 2010 R 1h 30m DVD
When young Matt's untimely breakup with his girlfriend throws a monkey wrench into his plans to lose his virginity, his three pals urge him to continue his mission -- with them along to film the adventure in this insightful mockumentary.

Parents need to know that this raunchy teen sex comedy (whose producers include some of the folks behind popular website Funny or Die) is about four high school friends who agree to smoke pot in a special bong each time one of them loses his virginity. The bulk of the movie follows the final member of the group as he tries and fails time and again (his friends document his failures on video and post the results to YouTube ... which leads to issues with viral videos and cyberbullying). The movie is full of crass sexual talk and content (including Internet images of a porn star having sex, other partial nudity, and implied oral sex), as well as plenty of strong language (with many uses of "f--k" and "s--t") and frequent teen drinking -- all without consequence. Much of the humor is cruel, and it sometimes objectifies women.

Some insults and mild brawling among the friends. There's a jokey mention of rape.

There's some small attempt to convince viewers to "only have sex with someone you love," but the extremely iffy behavior that leads up to this message makes it not worth the effort. Characters play pranks on one another, steal, damage property, and treat women as objects. The obsession with sex as an activity or a rite of passage borders on unhealthy, and there are no consequences for any of this behavior. The characters' constant use of YouTube leads to some cyberbullying incidents; the movie doesn't address that issue within the context of digital safety/privacy.

YouTube is a constant presence in the characters' lives and is used throughout the course of the film. A Gatorade bottle is visible in one shot.

The teen characters make a deal to smoke pot together from a special bong each time one of them loses his virginity. They also drink frequently, often to drunkenness; they're seen drinking everything from beer to hard liquor. An adult character is a drug addict and/or alcoholic.